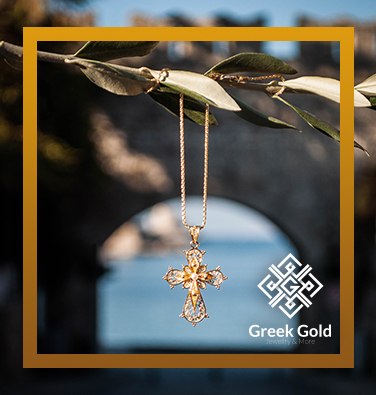 Greekgold.com is based on the privately owned Old Town Gallery in Rhodes. In a class of its own the store itself offers an outstanding selection of gold and silver jewellery , fine ceramic and bronze pieces, marble statues, religious icons, and exclusively designed caps. Greekgold.com takes that selection of exclusive jewellery and fine gifts one step further with its huge array of Greek jewellery in 14 and 18k gold and sterling silver. If it is traditional Greek jewellery - or just something quite unique - you are looking for Greekgold.com is the place to find it!

Just browse through the Greekgold.com categories to see what we have to offer and if you are ever visiting the Greek island of Rhodes you can easily find our Old Town Gallery home base where we can help you personally. Located near the picturesque harbour, just within the walls of Rhodes magnificent medieval town, the Old Town Gallery is favoured by many overseas visitors to Rhodes. They are drawn not only by the fine quality products which owner Michael Kasiotis offers but also by the building itself.

Dating from 1450 and the days of the Knights of St John, it was home for the Knight Giovanni Manelli (his coat of arms can be found near the front doors!) and has been painstakingly restored to provide a perfect background for the locally made jewellery and handicrafts which are available.

At the Old Town Gallery the emphasis is on quality and local craftsmanship. The 14, 18 and 22 carat gold, and the sterling silver jewellery are works of the Gallery's own gold and silversmiths as well as other top local craftsmen. 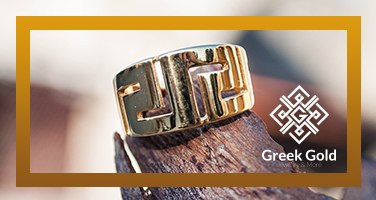 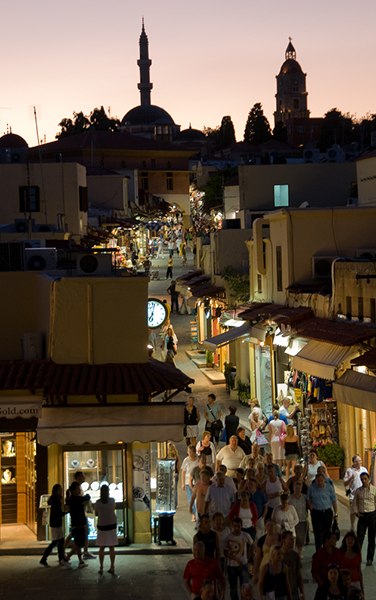 The island has long been a crossroads of three continents Europe, Asia and Africa and it boasts an action packed history which goes way back. Back before history books were written, back to the time of the Greek Gods, of fantasy and mythology. The myths tell us that when Zeus took over the throne on Olympus he shared parts of the earth between the other major gods and somehow forgot about the Sun God, Helios. Helios, however, had heard about the newly emerging island close to Asia Minor and found himself a new home! Rhodes has been known for its wonderful sunshine ever since! The island's written history is also full of stories and it is difficult to imagine such a relaxed place being the site of huge battles between many tribes, known fighters, pirates, heroes from different nationalities who all feature in Rhodes interesting and amazing history. Rhodes was home to the Colossos, one of the seven wonders of the ancient world. This huge statue is said to have been dedicated to the Sun God; it took twelve years to build and it thought to have straddled the entrance to today's Mandrake pleasure boat harbour. Today's Rhodes is a vibrant, cosmopolitan island, known and recognized worldwide as a major tourist destination with services and facilities to match its outstanding historical and natural features. There are many archaeological sites, including Lindos, Kamiros and Filerimos, cliff hanging castles, breathtaking villages and museums. But let's not forget its wonderful beaches, its crystal clear water and the clear Rhodian air! Rhodes town, the island's capital and commercial centre, is a tourist attraction in itself! In a storybook setting, this compact city has it all from its walled medieval town with its striking palace, Street of the Knights and countless tourist shops set along cobbled streets and small alleys, to its breathtaking acropolis, its beaches, its restaurants, nightlife and shopping to suit every pocket!

This website uses cookies to improve your experience while you navigate through the website. Out of these, the cookies that are categorized as necessary are stored on your browser as they are essential for the working of basic functionalities of the website. We also use third-party cookies that help us analyze and understand how you use this website. These cookies will be stored in your browser only with your consent. You also have the option to opt-out of these cookies. But opting out of some of these cookies may affect your browsing experience.
Necessary Always Enabled

Any cookies that may not be particularly necessary for the website to function and is used specifically to collect user personal data via analytics, ads, other embedded contents are termed as non-necessary cookies. It is mandatory to procure user consent prior to running these cookies on your website.